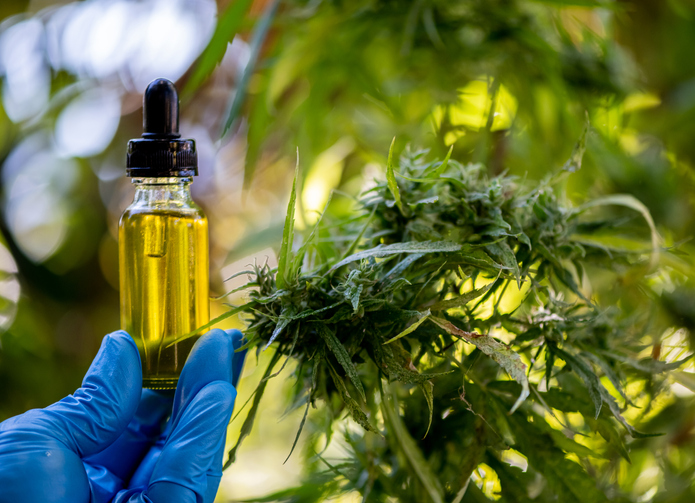 Migraine attacks are devastating, causing intense pain and triggering discomforting sensations, such as sensitivity to sound and light. When they attack, the severe pain can last for 4-72 hours, making life unbearable and severely slashing down one’s productivity.

To address the problem, researchers have been looking for the best natural remedies, and cannabidiol (CBD) is one of them. Because CBD targets the brain’s endocannabinoid system, it is seen as the most potent option for helping people with the problem of migraines.

CBD is produced in line with the Farm Bill Amendments of 2018 that requires all cannabis products to have no more than 0.3% Tetrahydrocannabinol (THC). This means that you will not get high by using CBD oil for migraines.

What Scientists Say About CBD Use for Migraines

Most researchers appear to agree that after years of hard work searching for a reliable remedy for migraines, CBD might be the best solution. Here are some of their findings:

In 2016, one of the studies done by Pharmacotherapy established that using medical marijuana can help to reduce migraine attacks by 39.7%. However, the study was not specific about CBD oil, and researchers called for more studies to determine the effectiveness of individual cannabinoids.

In another study done in 2018, researchers working on a sample of 2,032 people who had different pain issues, such as migraines, arthritis, and chronic pain, found that they were able to replace prescription medication using a combination of CBD and THC.

Side Effects of CBD

Most studies show that CBD oil’s side effects are minimal. This is the main reason why users prefer it to over-the-counter (OTC) medications or addictive prescriptions. The commonest side effects of using CBD are fatigue and drowsiness. In some cases, people report losing appetite after taking the CBD oil.

The good thing about using CBD oil is that you can reduce the side effects by introducing yourself to it gradually. So, start with smaller doses and increase gradually as the body gets used to it. You might also consider talking to your doctor to get the right CBD doses, especially in the event of severe migraines.

As more researches discover the potential of CBD oil in addressing migraines and headaches, people are celebrating the findings and you should not be left behind. If you have been suffering from migraine attacks, using CBD oil might be the best solution. Click here for more information on the best CBD oil and place your order.

How to Prepare for Your Telehealth Visit

How to proper exfoliate with body scrubs

HOW LONG DOES A FACELIFT LAST?

Tricks and Tips to Attain Maximum Benefits From Cleansing Oil

The worst cancer types and how mesothelioma fits in

Medical Marijuana and The Stigma That Comes with It

Things to understand in early years of child development